Gazetteer Gets An Upgrade

We’ve spent the last few months giving the Gazetteer of British Place Names (http://www.gazetteer.org.uk) a major upgrade. We first published the Gazetteer back in 1997 and it quickly became the standard reference work for the geography of Great Britain. Since then it has been hugely … Continue reading →

Doom-mongers have been predicting the death of county cricket almost since it was first established. However, its willingness to re-invent itself every generation has kept it a key part of the English (and Welsh!) summer. After a period of declining crowds, the introduction of twenty-twenty cricket in 2003 re-established county cricket as a mass spectator sport. Fourteen years later it continues to thrive and grow. The T20 Blast competition recorded record attendances in 2017.

Many commentators see the buzz around the 2017 county competition as a reaction by fans against plans by the England and Wales Cricket Board (ECB) to stage a new twenty-twenty competition from 2020, based around 8 regional teams. The ECB wants to fill the big grounds with a new audience for cricket. It hopes to emulate the mass popularity of such competitions in Indian and Australia. It’s a risky strategy. The whole culture of cricket support is totally different in those countries. Can you create an audience for contrived regional teams? How can you replace a sold-out Old Trafford for the roses clash? Will the crowd which fills Lords for Middlesex vs Surrey really show up for ‘North London’ vs ‘South London’?

Given the record crowds in 2017, the ECB would be well advised to revisit its plans for a regional competition. A less risky approach would be to build on the success of the Blast. So much could be done. Learn the lessons from counties like Surrey, Middlesex, Somerset and Nottinghamshire who attract capacity, enthusiastic crowds. How do they market their games? Play no international cricket whilst the Blast is on. Allow the England players to play alongside the world’s best stars, especially the biggest stars from the sub-continent. Play some games on smaller grounds where locals rarely get the chance to see top quality cricket. Above all, get the game on terrestrial TV. The ECB’s decision to sell all rights to domestic and international cricket to satellite TV was short-sighted, robing it of a huge audience and its status as our national summer sport. Put the promotion and marketing into the Blast. It’s already a great competition. Some imagination, some proper planning and marketing could make it truly huge. 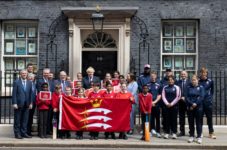 Middlesex Day is celebrated each year on 16th May. Middlesex Day, as with most county day celebrations, has been growing in popularity year on year. 2022 has unquestionably been the biggest event yet with even the Prime Minister (MP for Uxbridge and South Ruislip) joining … Continue reading →

Peter Boyce 16 May 2022 start the discussion 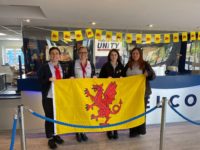 Somerset Day is celebrated on May 11th, commemorating the gathering of his people by King Alfred to battle and defeat the Danes in May 878. You can read our Portrait of Somerset to get a flavour of the many delights that Somerset has to offer. … Continue reading →

Peter Boyce 11 May 2022 start the discussion 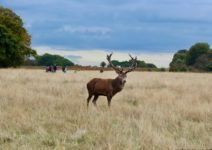 Surrey Day in 2022 is being celebrated on Saturday 7th May. In celebration we present below our Portrait of Surrey and a Map of Surrey. Whereas most county days have a fixed date, usually reflecting an important date in that county’s history, Surrey Day is … Continue reading →

Peter Boyce 7 May 2022 start the discussion 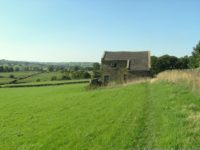 The first day of May is not only May Day but is also Staffordshire Day –  the anniversary of the founding of Josiah Wedgewood and Sons. We present our portrait of the county and our Map of Staffordshire. Staffordshire is an inland county in the … Continue reading →

Peter Boyce 1 May 2022 start the discussion 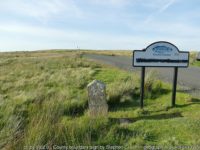 A portrait of Brecknockshire

The first county day of 2022 is Shropshire Day on Wednesday 23rd February, the feast day of St Milburga. Shropshire has been described as possessing every variety of natural charm: the bold and lofty mountain, the woody and secluded valley, the fertile and widely-cultured plain, … Continue reading →

A new online petition Support Historic Somerset – give an appropriate name for Somerset’s newest council is calling for the new unitary council replacing Somerset County Council to be given a name which does not undermine the identity of Somerset itself. From April 2023, the … Continue reading →

A tale of three Somersets

Among the many outrages of the Local Government Act 1972 was the naming of “Somerset County Council”. Whilst this local authority does cover a large part of the historic county of Somerset, it does not cover the highly populated north of the county. Nonetheless, for … Continue reading →

Boost for the historic counties – ‘Cumbria’ is axed!