to recall the area’s strong Roman heritage. An eagle subsequently became a common element on the arms of local authorities including Perthshire County Council 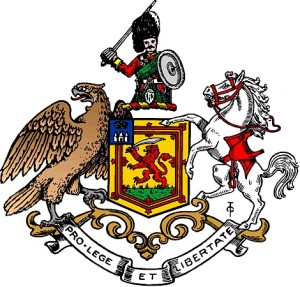 and later Perth & Kinross Council (which incidentally includes the arms of the former Kinross-shire County Council, depicting Loch Leven Castle, as in inescutcheon). 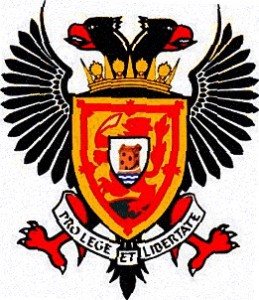 In the proposed flag from Philip Tibbetts the eagle is depicted in black as in the later set of arms, set against a yellow and green horizontal background; these latter colours both appearing in the former civic arms of the county (see above) and recalling the sporting colours of Perthshire County Cricket Club