Roxburghshire is also known as Teviotdale i.e. the valley of the river Teviot. Its proposed flag from Philip Tebbitts, includes a reference to this with a diagonal, wavy blue stripe, running from lower hoist to upper fly against a white field. This colour arrangement repeats that found in the arms of the county council 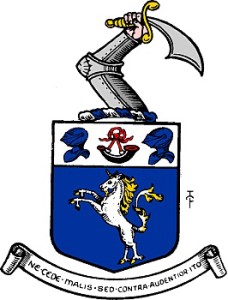 It runs from the south-west to the north-east of the county so the flag mirrors the county’s geography. The two black birds represent those from the seal 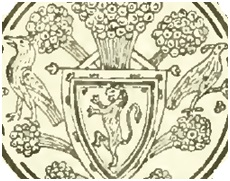 of the original seat of the county, Roxburgh, long since destroyed. In Philip’s flag, the birds are each perched on a sabre, as appears in the local civic arms of the county, recalling the area’s Border Reiver heritage. They are coloured black because the name of Roxburgh refers to Rook birds.