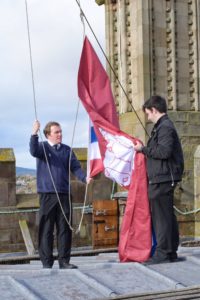 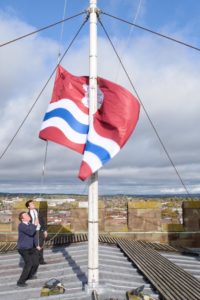 on November 2nd, It was designed by vexillographer Jason Saber.

as seen in these photos of Herefordshire fields,

A bull’s head, from the famed Hereford breed, 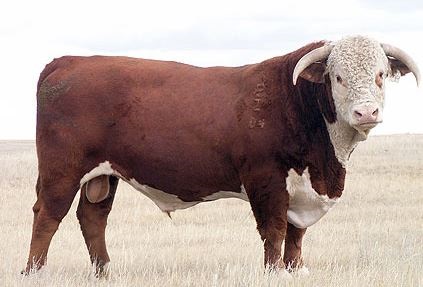 typically a dark reddish brown, with a wide white face.

is featured. The Hereford bull is a typical county theme being used for example as the badge of Hereford United Football Club

and and the logo of the county cricket association 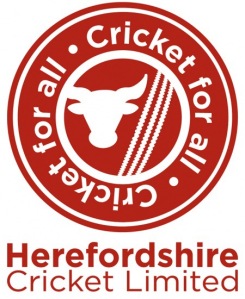 As on the council arms, three wavy stripes, blue and white, represent the River Wye which flows through the county and refer to the “FORD” element in the county’s name. The waves are placed at the lower part of the flag allowing the bull’s head to appear in a prominent spot at the upper centre of the flag.